How the ATD System Helps Protect the Environment 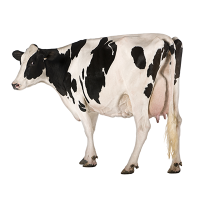 The ATD  System is designed to minimize the impact of Dairy and Pork Manure Management on the farm, local environment, and the environment in general, while offering the added benefit of saleable byproducts.  It is part of the solution to many known environmental and health problems that are a concern to hog and dairy farmers and the communities in which they operate.

The large volumes of animal manure generated are an environmental and health concern because of the risk of food-borne and water-borne transmission of bacterial pathogens and parasites to humans. In the farm environment, direct and indirect pathways of pathogen transport from manure to food and water exist. The application of raw manure to soil growing fresh produce is a direct route of contamination 1.

ATD’s Water Treatment module returns clean drinking and flushing water to the barns that includes supplemental Ultra-Violet radiation to doubly ensure water safety. A fully implemented system means not needing a lagoon with the potential for leakage of nitrates and bacteria to the water table and emission of greenhouse gases.

Exposure to gas emissions and moulds from liquid manure processing in under-barn pits, and outdoor lagoons are thought to be the cause of some respiratory conditions in swine farm workers.

With the ATD system, manure removal to the processing facility, occurs daily. The build up of manure in-barn does not occur, so gas emissions, and harmful moulds are reduced.

Anaerobic management of animal waste produces many gases, the most harmful of which are methane, hydrogen sulfide, ammonia, and carbon dioxide. Farm workers and people living in communities near farms have reported health problems, which scientists believe, may be associated with exposure to these gases.

The ATD System eliminates many of the common problems associated with long-term storage of manure. Eliminating the lagoon and liquid manure application goes a long way to solving odour problems (a common source of public complaint) and greenhouse gas emissions, which are substantially reduced.

Movement of nutrients in excess amounts from manure and other byproducts to water and air can cause significant environmental problems. These nutrient losses to the environment can occur at the production site, during storage and during and after field application 2.

Ammonia emissions appear to have the greatest potential for adverse environmental and health impacts, while generation and transport of malodorous compounds provoke the greatest public concern 2.

ATD’s System captures virtually 100% of the solids in a drier form and nearly 100% of the dissolved nutrients in a concentrated form, daily. Nutrients are not lost to the environment by long term storage. Most GHG’s are eliminated by prompt separation.

Surface water that supplies municipal systems or is used for crop irrigation can be indirectly polluted by runoff. Water-borne transmission of Cryptosporidium parvum is a concern because the parasite can remain viable for months in natural waters and is resistant to many disinfectants 1.

ATD’s System replaces lagoons and liquid manure application to crops, both of which are cited as a possible source of pollutant leaching to surface and ground water. The ATD system produces a moist solid capable of being stored above ground and applied whenever fields are accessible, thus dramatically reducing the risk of runoff and leaching. The dissolved nutrients have been concentrated approximately 10 times thus reducing volume to ease pin point application as dictated by the Nutrient Management Plan. Our Water Treatment process produces usable water year-round. Biological treatment does not attempt this standard and often relies on allowing nitrogen to escape in the form of free nitrogen, ammonia or nitrous oxide.

Nitrogen and phosphorus from manure and other sources have been associated with algal blooms and accelerated eutrophication of lakes and streams 2.

ATD’s System does not allow water and nutrients to escape to lakes or streams thus eliminating algal and eutrophication threats.